Failed, discontinued or finished projects that turned out to being a bad idea in the end. Only stuff that got at least partially build goes in here. Some stuff I stopped doing simply because I found out somebody else did it better already.

A lot of the truly bad 2am ideas thankfully never got this far. 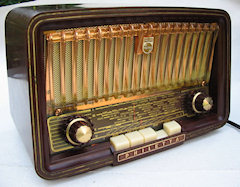 Get an old valve Radio from the 50ies and replace its innards with modern stuff. Put an Arduino and a Raspberry Pi in there. Put the charts from the 1920ies until today on it and set it up that you can tune it to different years.

Got a radio, removed old crappy WTF-tronics (but kept the valves), added a PSU. Made a prototype interfaceboard for a rpi.

Lets upgrade a Desk with LEDs 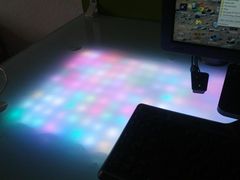 add a "cool" looking grid of RGB leds to my glass desk. Have it signal incoming notifications and do cool color effects. 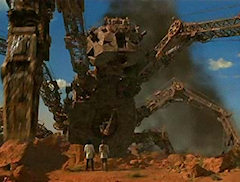 Bought servos and Meccano; build the frame and mounted 6 Servos for the leg joints.

Texas Instruments had a spiffy new Biomonitoring chip that amplifies bio-electrical signals (up to 8!) on one side and spits out SPI on the other. Why not build a cheap active electrode based on it - make it wireless and solar powered, too.

Sampled the chip - Ti send 1 chip. Made a PCB design for it and ordered the passive components. 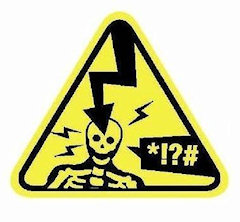 Zapping your brain with current looks fun - what could go wrong?

bough most of the parts and something to mount it on. A Styrofoam Hemisphere makes one Look like a member of the Pet Shop Boys as a Bonus.

This blog documents my increasingly complex projects combining electronics, software and lots of too much hot glue. I try to cut down on the hot glue actually.